10 TikTok Ad Examples That Work And Why 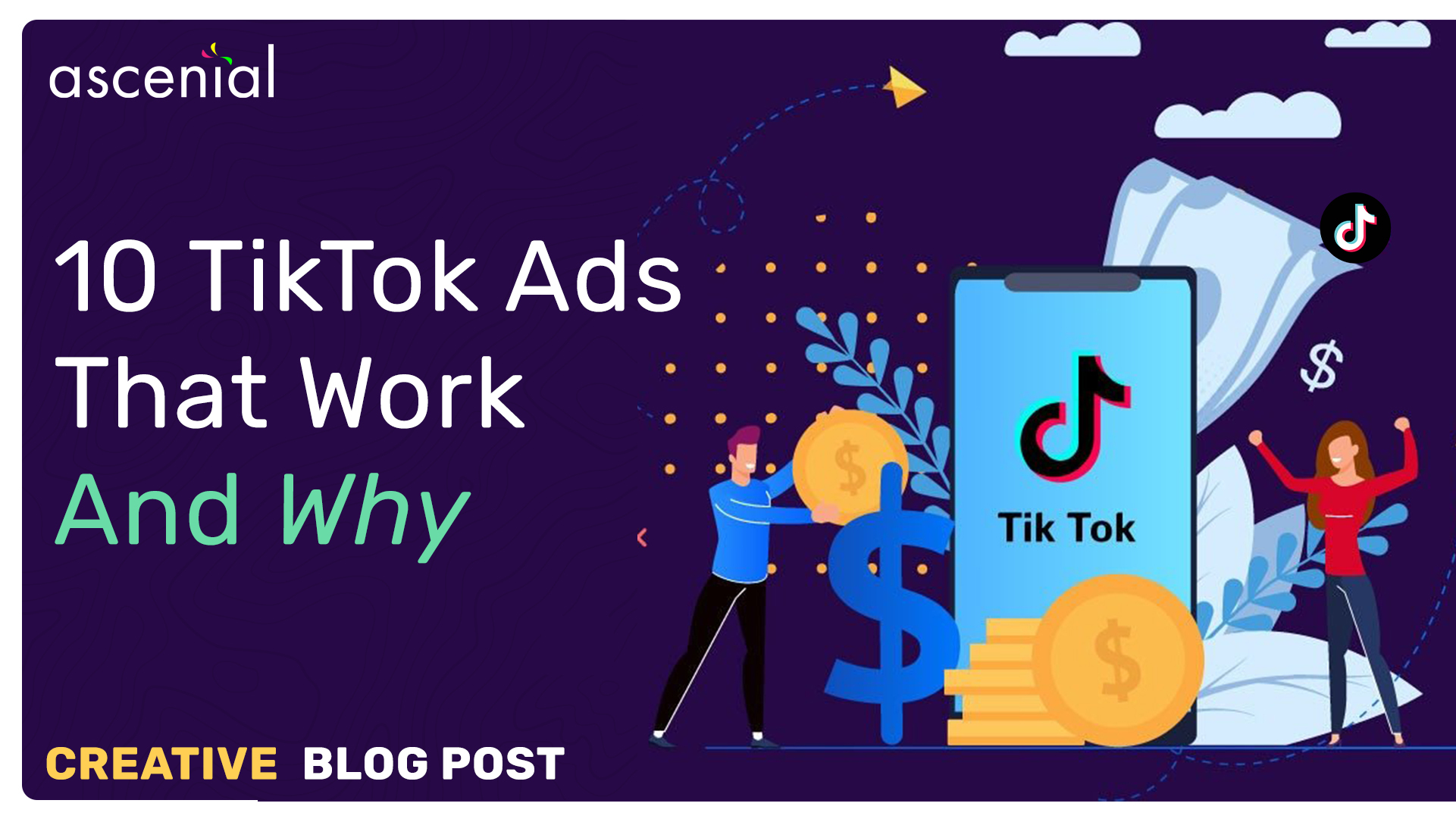 Combined with the steady rise of online shopping, ever-increasing screen time reports (yikes, we know), and the power of viral videos — it’s easy to see why TikTok ads hold such importance in this modern digital era.

Lucy, Creative Director at Ascenial — here to take you through ten of my favorite TikTok ads to show you why they work and provide inspiration and insight for yours!

This RyanAir ad is proof of the brand’s attunement to the trends, themes, and specific brand of humor popular on the TikTok app.

Using a simple green screen filter and a basic text overlay, this ad likely took RyanAir less than a few minutes to create. The company pleases (and tricks) audiences by associating their big-name brand with one of the most casual and familiar TikTok filters. The post feels and looks very little like an advertisement and hardly takes itself seriously, creating a sense of authenticity that wins it respect from users who might not even realize it’s an ad.

With its on-the-nose posts, the company has already gained 564K TikTok followers and has even sparked discussions and speculation over who so expertly manages the account on the company’s behalf.

The fact that an airline successfully managed to gain attention on the platform (amidst a pandemic, nonetheless) is proof that any brand, in any industry, can do it.

Another strong sign that TikTok has some ground to stand on? Luxury fashion brands are increasingly utilizing the app and creating ads specifically tailored for TikTok audiences.

In this ad, Fendi featured Sabrina Carpenter, a 21-year-old actress who racked up 3.3 million followers on the app back in 2020 with only 3 videos at the time.

The genius combination of both real and real-looking footage featuring the star in a montage format creates a hyper-convincing scenario. This is helped by the fact that Sabrina looks and feels  relatable to audiences who don’t recognize her.

The ad enables audiences to relate to the entertaining and sincerely fun-looking showcase which captures a sense of friendship, enjoyment, and comfort - a well-executed appeal to emotion. When an audience can picture themselves in the featured scenarios and clothing, they’re more likely to consider a purchase.

In only 12 seconds, this eBay ad does three key things — it tells a story, tells the viewer exactly what they’ll get from using their platform (ability to sell anything online), and quickly demonstrates “how to” do so both visually and with text overlays.

While the video isn’t faking UGC elements, it feels low budget and doesn’t take itself too seriously. The casual style creates a sense of believability that perhaps the man in the video created the video himself, as he doesn’t over-act or look like a stylized celebrity. This facilitates a more authentic (and therefore trustworthy) dynamic between the app and the viewer.

Talk about authentic? This Lancaster University ad is incredibly hard to distinguish from a real TikTok post.

The ad uses 4 major trends from the app: an incredibly popular filter, a text overlay theme connected to a content trend and hashtag, UGC-inspired acting, and the general “dance” trend.

The combination of these four elements (plus the sneaky value proposition callout of anxiety release and support) makes this one of the most well-rounded and successful TikTok ads on this list. The proof? The university achieved 9 million engagements and over 90k clicks with this ad campaign alone.

This ThredUp ad does three things perfectly: it tells a story, quickly captures viewers’ attention, and uses UGC that earns credibility right away.

With the combination of a relatable goal (attention to sustainability = improved social status) and the company’s stated motivation to cure a need (the lack of thrifting in your life), ThredUp’s ad both presents a solution and provides entertainment value. Even better, the relatability factor might push the viewer to recognize and return to both the featured user and brand again later.

Additionally, the ad keeps an up-tempo pace with catchy music, stimulating visuals, and call-outs to three important e-Commerce offering points: deals, savings, and free shipping. Within only 18 seconds and 9 frames, this ad provides a seriously sticky execution with its mashup of Ecommerce video ad styles.

While a tad dated now, it’s hard not to love this uber-relevant, modern, and hyper-efficient ad from KFC. The ad combines a UGC-influenced opening take that catches the viewer’s attention with a “WTF?” moment with a “we missed you too” text overlay that provides comedy and relevance.

The company demonstrates a real understanding of the app and its audiences by waiting until the absolute last moment (in this case, 5 seconds in) to show their commercial-style logo and product.

Again, viewers want to see videos from people, NOT companies, and beginning with authenticity earned KFC as much viewing time as possible with this format.

At Ascenial, we call this testimonial-type ad a “comment-style series”; where we take real reviews and feature them in an easy-to-read format over a visual of the product.

While it might feel less authentic and engaging than a UGC ad, Waterdrop’s ad is digestible and easily demonstrates social proof. The visual of the product in a real-use-case setting makes it easy for viewers to imagine using and owning the product themselves. The lone use of imagery also helps the ad convey the message in a mere 5 seconds- a perfect formula for users’ increasingly short attention spans online!

It’s easy to see that this ad worked, as it garnered 786K views, versus 844 total views for the previous ad. On TikTok, understanding timing - and what can be done with it - is key.

Allied Irish Banks (AIB) executes this ad within a storytelling framework, reminiscent of a scene from a tv show.

While this goes against the suggestion to steer away from professional-looking, “inauthentic” commercial ads  — what it does well is that it puts the viewer in the context of a familiar scenario (the need for a bank account). The ad illustrates both the problem and the solution provided by AIB.

It’s also an impressive move by the company to share this cinematic 30-seconds on the TikTok platform specifically, as their target audience and age group heavily dominate the app and are more likely to pay attention to a finance ad on TikTok than on Facebook, Instagram, or even TV.

This Garnier Fructis ad made the list because of the exceptional use of music and understanding of its virality.

While it feels like a more high-end, old-school commercial, it still incorporates TikTok-success themes, like an exciting first-second attention grab claiming “stop!” with both a text overlay and the super popular Bruno Mars song. The ad expertly keeps to the song’s tempo as it reveals and quickly switches between products, highlights just one major value prop (super hair), and finishes with a memorable and feasible CTA that continues to play off the viral pop song.

The usage of music is such an important aspect of this ad, as so much of TikTok’s success comes from music and the hashtags, trends, and virality associated with it. A good reminder to pay attention to the audio opportunity with your ads.

The ad’s key strength is capturing younger audiences familiar with the casual influencer feel and formatting. The lack of ability to decipher the ad from a “real” feed post aids in holding viewers’ attention spans and increases ad performance and conversion likelihoods.

The proof? The company started TikTok ads in early 2020 and is approaching 100K followers on the app. We’ll say it and say it again — UGC is where it’s at!

Unboxing videos are more popular than ever, and this Hey I’m Home Smart Plugs ad relies on a pure showcase of different unboxings for the entirety of the short video. Additionally, it uses one of the most popular and viral songs from TikTok’s history, likely hoping the trendiness of the song will aid in capturing viewers’ interest and creating a positive brand association.

It’s easy to see that more and more big brands are utilizing the TikTok and Snapchat-style text overlays and mock-UGC elements that make their ads seem organic and real. Steering away from your typical, high-end expensive commercial shoot actually works in your favor: when TikTok ads look more like something a friend might send you rather than another over-produced advertisement — you’re less likely to scroll away as quickly.

Want to stay on the pulse of TikTok and eCommerce ads with Ascenial?

And don't forget to check out the latest issue on our blog!

Topics in this post:
Ad Examples
Facebook
Instagram
TikTok
eCommerce
TikTok Ads
eCommerce Ads
Stay updated on our latest news
Don't miss any future news. Subscribe to our newsletter.
Thank you! Your submission has been received!
Oops! Something went wrong while submitting the form. 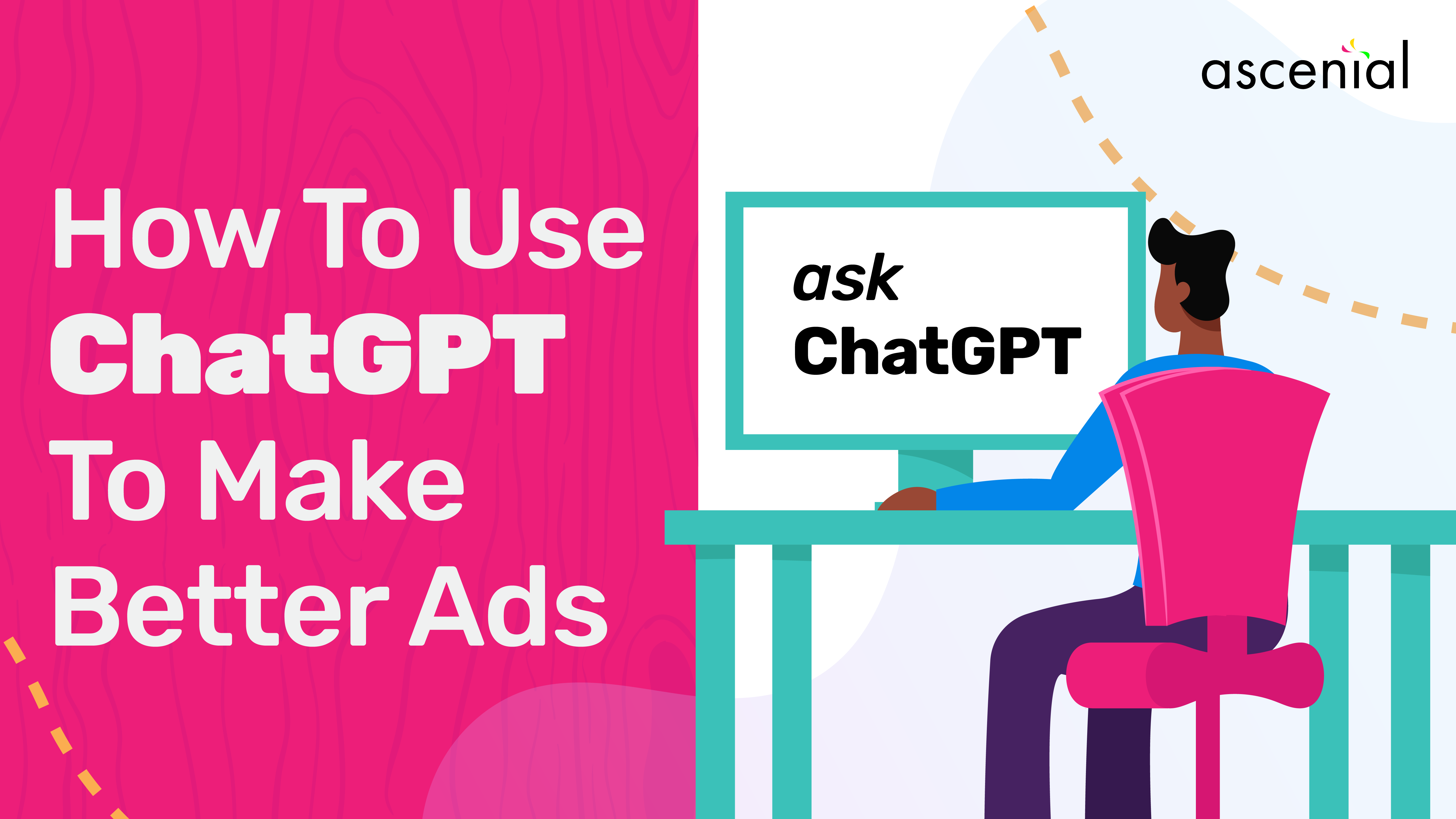 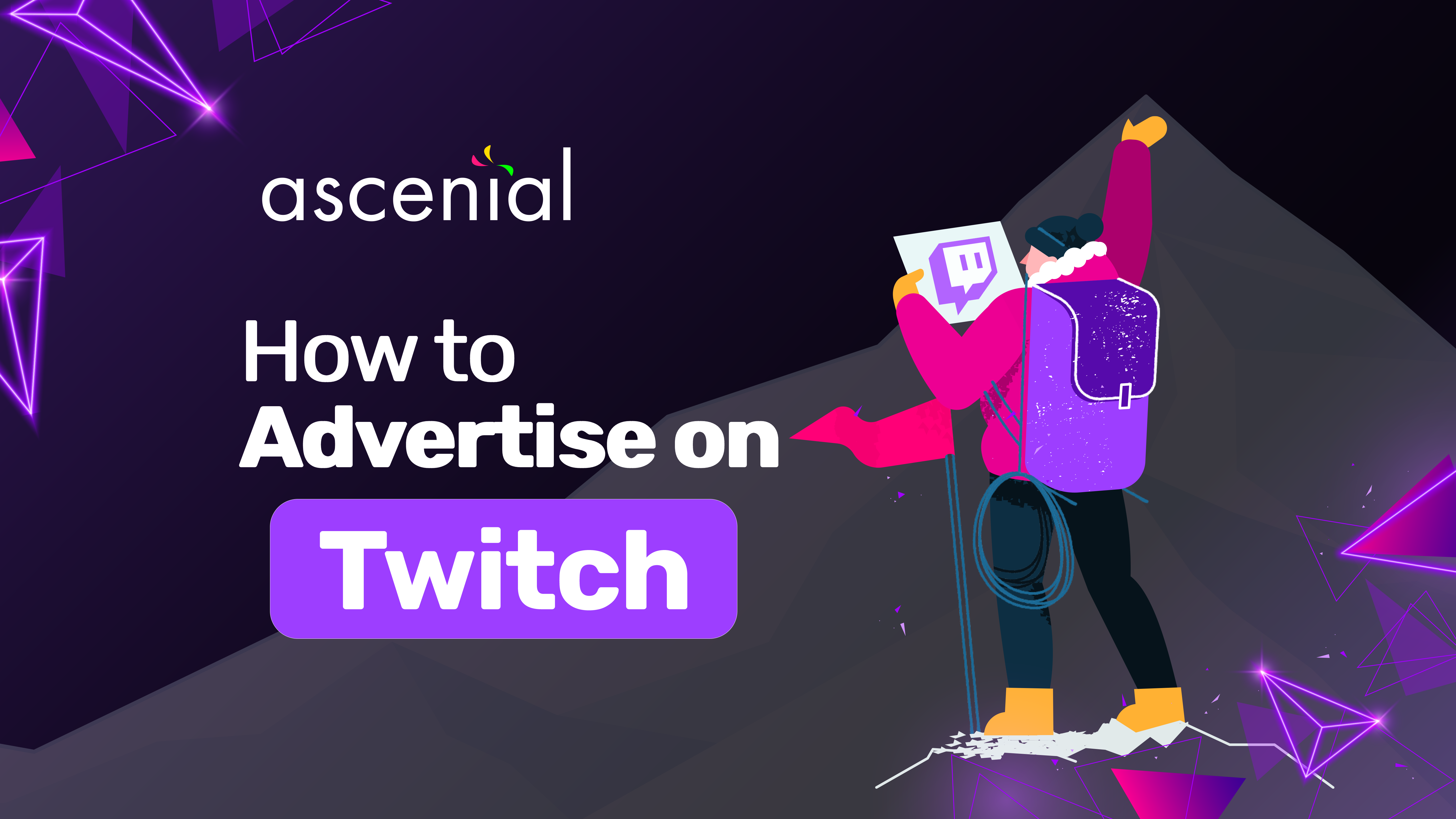